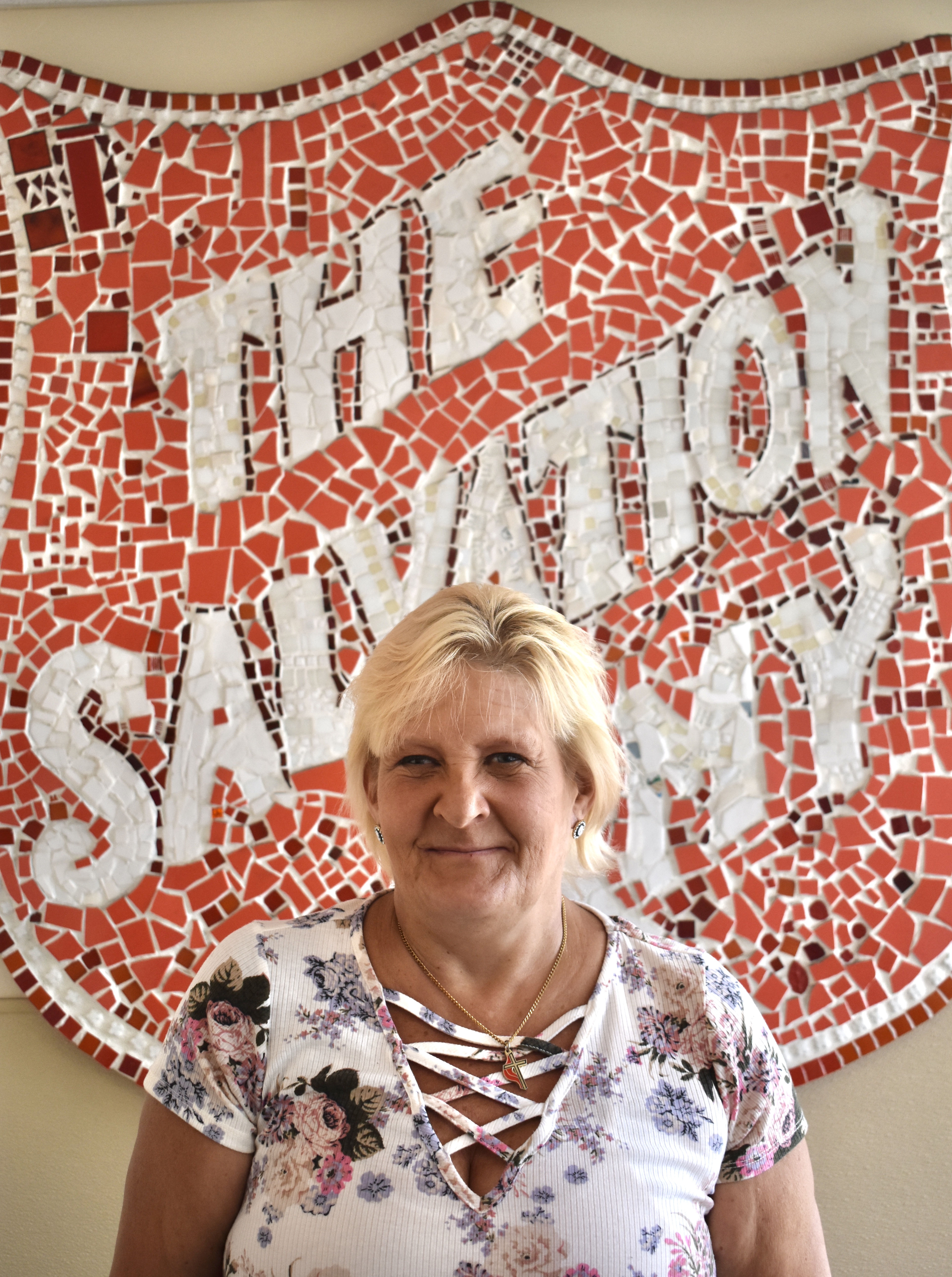 MILWAUKEE – It was cold. The snow was coming. And the Milwaukee housing department was back.

It wasn’t the first time they tried to get LeAnn Rzanca, 57, to leave her tent. During her four-month stay in Milwaukee’s tent city, they had come a few times offering her assistance.

Before living in tent city, LeAnn had never been homeless. She had just moved to Milwaukee to live with her mother, who was sick at the time. When her mother died, she was given one month to move out of the condo before it was sold.

With nowhere to go, she started living on the streets. Although she hated the conditions, she had grown accustomed to it and wasn’t ready to give up her addiction to drugs and alcohol.

Once she was ready, the housing department was able to get her into The Salvation Army of Milwaukee County’s Emergency Lodge.

As a resident at the Emergency Lodge, you must be drug and alcohol-free, work with a social worker to develop an individualized plan for self-sufficiency, establish income, and save 80 percent of your income to prepare for your own home. 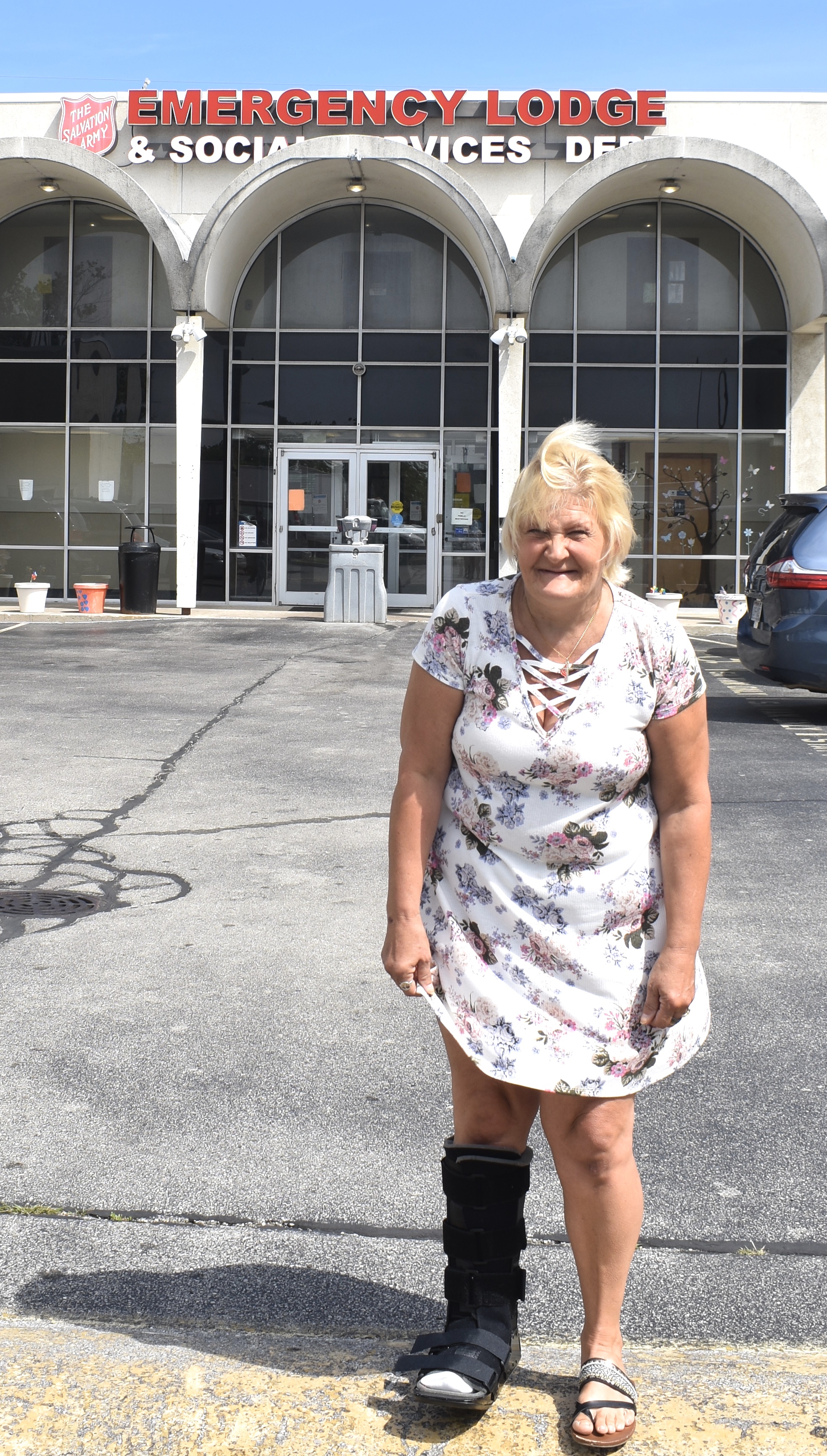 During her first week at the lodge, LeAnn said she had a tough time with the rules and walked away. After a week back on the streets, she made a conscious decision to go back.

“I originally came in there with a bad attitude,” she said. “But I finally decided I wanted to come back and change my life,” she said.

Upon acceptance back into the lodge, LeAnn was set up with a shared room, three meals per day, and a social worker named Niki.

“She helped me with everything,” she said. “She would talk with me if I had a bad day. Even if I didn’t have an appointment, Niki made time to see me.”

Niki helped LeAnn establish a doctor and set up medical appointments, get medication to help with her anxiety, bipolar disorder, ADHD, and PTSD, apply for disability, and worked on finding her a place to live.

“It’s hard to admit when you are on drugs, like why did you do it? It’s hard to talk about it sometimes, but I don’t know why I did it,” she said. “All my life I didn’t do anything until my daughter turned 13 and that’s when I hit the drug scene. I don’t know why I lived my life the way I lived it. I regret it, and I feel bad because of what I did to my kids.”

While the day-to-day at the lodge wasn’t easy, LeAnn said she looks back and is grateful for all the support she received.

“Oh, I had a few days in here where I had blow-ups believe me,” she said. “But if you get a good caseworker, it makes you want to help yourself. Niki has a heart of gold. I can’t explain her.”

While staying at the lodge, LeAnn participated in church every week and Women’s Group – a Bible-based group for women to share their stories and support one another.

“This is the only place I’ve ever been where I’ve gotten the help I needed. If it wasn’t for this place I don’t know where I would be, I really don’t,” she said. “This place did me wonders. This is the best shelter I’ve ever been in.”

After five months at the lodge, Niki was able to secure Section 8 housing for LeAnn in Milwaukee’s Riverwest neighborhood.

“When I left I was scared to leave and be on my own,” she said. “[At the lodge] you always had people there for you if you fell back.”

Even though she has been on her own for five months, LeAnn regularly stays in contact with Niki and other employees at the lodge.

“I’m going out to lunch with [Niki] next week. She calls me once a month and we talk. She said I can come back if I need help.”

When she looks back at her life before the lodge, LeAnn said she often asks herself why she did the things she did but remembers that she learned that she can’t go back and blame herself for who she was.

“There are days when I want to give up again, days like why should I ya know, but I keep myself strong,” she said. “It took me almost three months to find a house. Why would I wanna fight for what I got and then wreck it?”

Right now, LeAnn spends her time volunteering at her new church – Summerfield United Methodist Church on Milwaukee’s east side – is recovering from foot surgery, and recently rekindled relationships with her ex-husband and son.

As for the future, LeAnn aspires to take classes and work as a peer specialist, helping the homeless get off the street and better themselves.

“I’m gonna work with the homeless and give back what they gave me. Get em on track. I can’t wait. I finally found a career that I’m going to like,” she said.

While every day is battle, LeAnn, a self-described “stubborn fighter”, said she has no plans to go back to the life she lived before.

“I am fighting every day to keep what I’ve got,” she said. “I went from homeless to where I am with the help of a lot of people, I didn’t do it on my own. I’m not perfect, but I’ve moved my life on.”